In Japan, a new rule for consumption tax（消費税）will be introduced on October 1, 2023.

That is what is called the “INVOICE System（インボイス制度）”.

That means an actual tax hike.

Today, let me explain the outline of consumption tax and the Invoice system in Japan.

Consumption tax is the tax imposed on goods and services consumed.

A consumer is the person who pays the tax.

But it takes so much time for consumers to pay the tax to the tax office every time they consume goods and services.

To avoid this, entities add consumption tax on their goods and services and they pay the tax every certain period of time.

That means entities are not the one who pay the tax, consumers are.

How much consumption tax should entities pay to the tax office?

Items are produced by a manufacturer, handed to a wholesaler, shipped to a retailer, and finally bought by a consumer.

If the government imposed the tax on all the transactions (manufacturers to wholesalers, wholesalers to retailers, and retailers to consumers), a single product is taxed multiple times.

Let’s say a manufacturer sells an item for 100 yen to a wholesaler, then the wholesaler sells the item for 150 yen to a retailer, and finally the retailer sells it to a consumer for 200 yen.

A consumer pays 20 yen consumption tax (taxed at 10%) in addition to the 200 yen base price to the retailer.

The retailer gets the 20 yen consumption tax, but the tax that the retailer has to pay to the tax office is only 5 yen (A).

Because they deduct the 15 yen consumption tax paid to the wholesaler.

In the same way, the wholesaler gets 15 yen consumption tax from the retailer while they pay 10 yen tax to the manufacturer.

Finally, the manufacturer gets 10 yen consumption tax from the wholesaler (C).

They need to pay it to the tax office.

In this way, each entity pays its consumption tax and amount to 20 yen (A+B+C).

That’s exactly the same amount as the consumer pays to the retailer.

For the details of those topics, please see my previous blog below.

What is “Invoice system”?

The “Invoice system (適格請求書等保存方式) ” will start in October 2023.

Normally, consumption tax must be paid to the government.

However, as we have seen, tax-exempt businesses do not have to pay the consumption tax to the government.

They keep it in their pockets. It is not illegal. This is called  “profit tax（益税）”.

As the consumption tax rises from 3% to 5% to 10%, there are actually people who benefit from it.

The invoice system may be a sign of the attitude of not letting this profit tax.

If the recipient is a tax-exempt business, the company or person does not pay the tax to the government.

However, until now, it has been allowed to deduct that amount from the consumption tax due.

A business that has submitted an “Application for Registration as a Qualified Invoice Issuing Business” to the tax office and has been registered.

To be eligible for this registration, the business must be a taxable enterprise.

Even if you are not a Qualified Invoice issuer, it is not illegal to continue to charge consumption tax to your customers and receive profit tax as before.

However, if you pay consumption tax to someone who is not a qualified Invoice issuer, that person will NOT be able to deduct that amount from the consumption tax deposited.

You will have to pay 40 yen more in consumption tax than before.

If you remain a tax-exempt business, you may lose orders

As shown in the example above, you cannot deduct consumption tax on purchases made from non-tax-exempt businesses or businesses that doesn’t issue qualified invoices.

You will have to pay consumption tax twice (both to the government and to the supplier).

What would normally happen in such a case?

You would probably reduce (or eliminate) purchases from people who are not qualified invoice issuers.

You might want to remain a tax-exempt business to keep getting the 10% additional sales.

But if you lose the transaction, there is nothing you can do.

After the invoice system starts in October 2023, the number of tax exempt businesses registering as taxable businesses is expected to increase significantly.

What is an “Invoice”?

An invoice is a bill issued to the client which shows your registered number（登録番号）.

From October 2023, you could only deduct the consumption tax from your consumption tax to be paid to the tax office only if you have an invoice on which the registered number is written.

So if you want to have your own registered number, you should submit a document named “適格請求書発行事業者の登録申請書”. 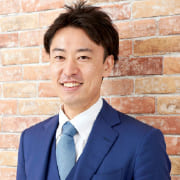